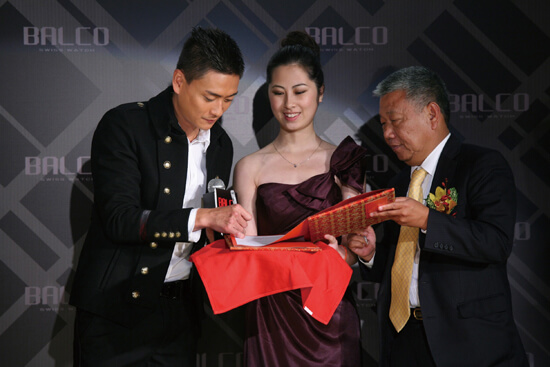 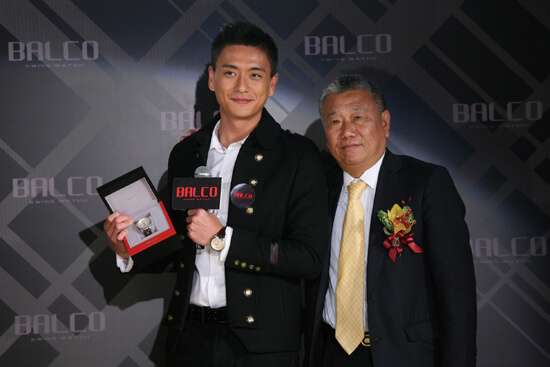 The up-and-coming Swiss watch brand Swiss Balco announced its new line of luxury watches for 2010 at a media event held in the Regal International East Asia Hotel, Shanghai. At the same time, it signed up Hong Kong artiste Bosco Wong as the face of the brand. At the launch event, the Swiss watchmaker also showcased more than 37 new models from six series, highlighting the brand goal of “crystallising wisdom in simple and elegant form,” with a distinctive style.

With a century of watchmaking experience, Swiss Balco always stresses the perfect combination of traditional craftsmanship and modern design. In 2010, Balco designers studied the cultural heritage and unique characteristics of the Chinese market and began developing an original design series – to produce the Balco Premier Series. In terms of appearance, Balco Premier Series has a nostalgic European design, which gives the series texture, while combining the latest global watch trends. The result is a restoration of classical sensibility, with the dual aesthetic appeals of classicism and modernity. At the same time, the watches are perfect examples of quality craftsmanship and precise mechanical processes. 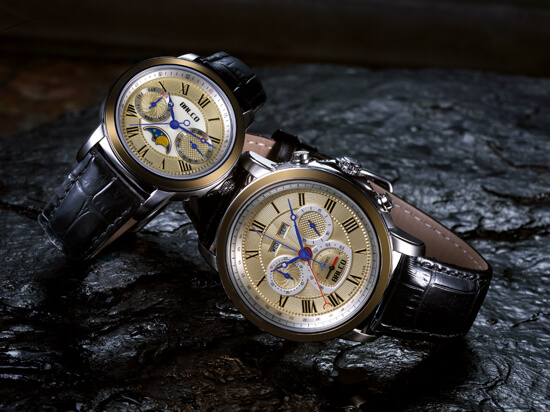 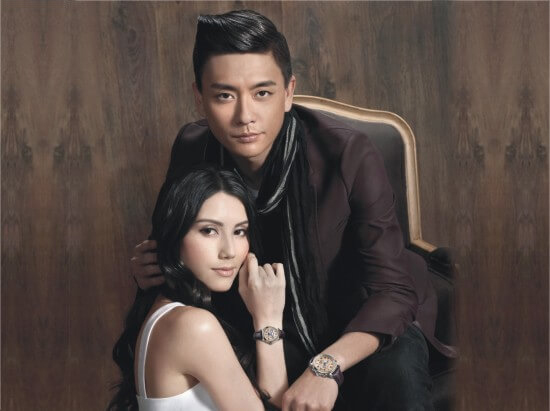 This year, Balco handpicked Bosco Wong, a standout artiste from TVB in Hong Kong, to be its spokesperson. Sporting a wholesome tan and somewhat coy smile, he has long had a reputation as “Mr Fashionable.” With his superb acting skills and charm, he is the bright new light in film and television. At the product launch, he was meticulously dressed, oozing elegance. His manners and temperament were those of a modern gentleman. Bosco Wong’s naturally cheerful personality and the charm of a modern gentleman are a natural fit for the elegance that is the new luxury series of Balco watches.

Bosco Wong made no secret of the fact that this season’s Balco’s new Premier Series had won him over. Among the reasons why was the meticulous ingenuity of the dials; refined design with attention to detail, three small dials, an easy-to-read large date display and time marks on the dial all spoke of timeless extravagance. The decorative element at the six o’clock mark adds a gentlemanly, masculine solemnity to the entire dial. The gold accessory parts, long considered the symbol for class, highlight the wearer’s elegance. The metal exterior of Balco’s Premier series is an extraordinary luxury, demonstrating the refined tastes of the elites. With nostalgic designs being all the rage, the Premier Series is at the forefront of fashion, incorporating the “rose gold” colour to highlight a subdued luxury and extravagance; while the Roman letters and smooth lines complement each other, expressing a rich, classical flavour full of sentiment and the beautiful path of time.

Bosco Wong believes the four retro-style watches in the Premier Series not only reflect the innovative spirit of the Balco brand, but provide an outlet for men to show their individual personalities.

The product launch event also provided guests with a sneak peek of the Alluring Series, to be launched by the end of this year. This series of ladies’ watches feature simple and elegant dials and dazzling diamond colours. The ultimate in luxury design blossoms with the trendiest elements and adds significant allure to slender wrists.

Other series shown during the event, included the Velocity Series, Sincere Series, Dynamic Series and Chic Series – each with their own characteristics. The Velocity Series is tailored for those with refined and elegant tastes, who appreciate the fine details of watch design. The series is a reinterpretation of classic watch designs. The Sincere Series features elegant curves and exquisite aesthetics, making it the perfect gift for your loved ones. Simple and elegant, timeless design, the multilevel dial perfectly complements the streamlined case and suits the simple and elegant modern man and woman. The Dynamic Series is full of vigour, sporting a bold choice of white leather strap and gold-plated case. The contrasting elements stand out among the crowd. The Chic Series, on the other hand, is a skilful combination of timeless elegance and refinement, with the focal point being the glistening diamonds. The strap is soft to the touch and paired perfectly with the rose gold colour. This series is the best accessory to go with everyday wear, as well as evening wear.

A Balco spokesperson like Bosco Wong needs to convey refinement and an elevated masculinity. Balco watches are born with these noble qualities, in addition to which their fashionable design dazzles. Forming a life-long vow with Balco, via the watch on his wrist, Bosco Wong feels a visionary power that encourages him to forge ahead and meet every challenge. He hopes to lead the retro yuppie trend and convey the brand’s unique charm to China’s elite consumers.

It has been eight years since Balco entered the Chinese market. Following the 2002 launch of Balco counters in Shanghai, the brand has opened more than 300 counters and shops. The European design team is tasked with designing innovative quality products that fit the aesthetics of Chinese consumers. Every step of the watchmaking process is strictly monitored, striving to ensure every small part of the watch attains perfection, ensuring that “Balco watches stay absolutely abreast with each and every minute and second.” The goal is to encourage elites with exceptional taste to traverse the global scene with Balco watches, which originated from the European aristocracy, in order to experience the pleasure of carving time, grasping the pulse of life and career with precision, thereby mastering life’s perfect moments.